Our Lady of Lourdes Grotto

Proximate to the west and to the south of the Church is the Grotto containing the statues of Our Lady of Lourdes and Bernadette which was dedicated on May 25, 1922, the Feast of the Ascension and the 25th anniversary of Sister Louis Gabriel’s entrance into the religious profession of the Sisters of the Holy Names of Jesus and Mary. Sister Gabriel designed this artistic structure made of natural rock gathered from these Church grounds and throughout the island. Contributions that came from her many friends in the community made the construction possible. Sister Gabriel had survived three major hurricanes since her arrival in Key West on August 25, 1897. Because of the devastation and heartache she had witnessed as a result of these terrible storms, her deep desire to keep Key West and its residents safe from future storms generated her passion to build the Grotto to seek protection from Our Blessed Mother Mary. Tradition tells us that Sister Gabriel is said to have remarked on that dedication day that as long as the Grotto stood, “Key West would never experience the full brunt of a hurricane.” And as all residents can attest, there has not been a severe storm on the island since the erection of the Grotto in 1922. This Grotto is featured in guided tours of Key West and television news crews broadcast from in front of the Grotto when a hurricane threatens.

More importantly, it has become the center of prayer in advance of hurricanes and tropical storms. Masses are celebrated. Candles are lit. People also come to pray before the grotto night and day throughout the year. In front of the Grotto, inlaid stones indicate a rosary. The Mysteries of the Rosary are named in bronze plaques at the beginning of the prayer decades. 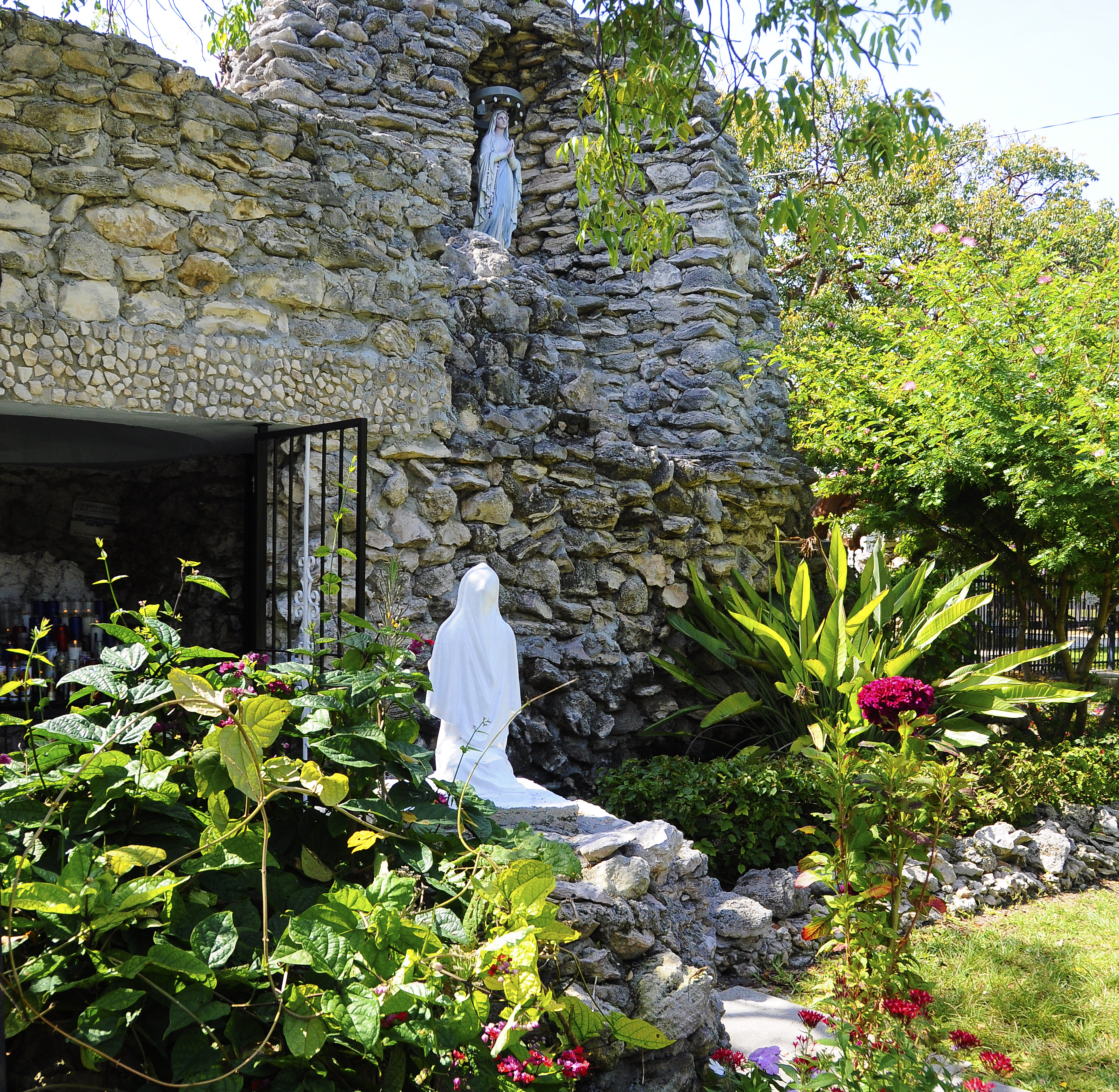 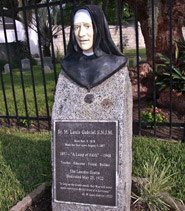 Adjacent to the Grotto on its east side is the cemetery for the Sisters of the Holy Names of Jesus and Mary who died in service to this Parish, and particularly, its School. 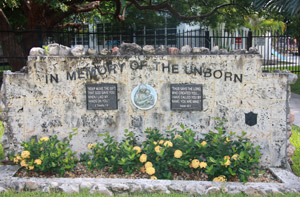 Marker for the Unborn Children

On the west side of the Grotto is a marker for those unborn children who died as a result of abortions and miscarriages created in the style of and using the same coral rock as the Grotto. It was erected as part of a nation project of the Knights of Columbus. 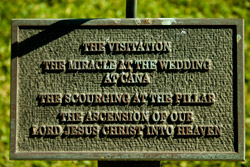 Built in xxxx, the Rosary Path is a wonderful way to pray the Rosary as you walk from stone to stone in front of the Grotto.